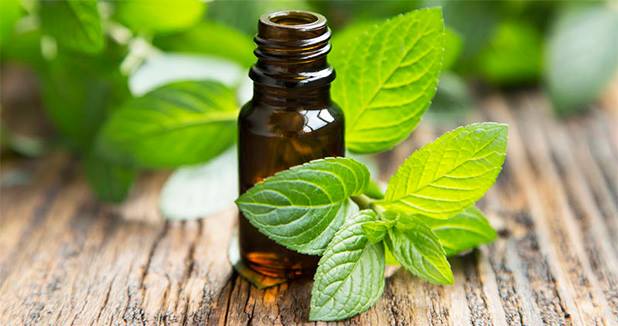 If you are under the weather, there is no need to rush out to purchase an over the counter medication. Prompt relief can be found naturally with these two remedies that contain potent antibiotics and antiviral properties. Garlic in its natural form and oregano oil can stop a sore throat before it gets worse.

You can add 5 or 6 drops of oregano oil to a glass of water and drink it. Your flu will be gone in as little as 24 hours. Garlic on the other hand is known for it antibacterial properties. Two fresh cloves of garlic in a small glass of water will work wonders.

It should be noted that most children do not like these natural remedies as they are very strong in taste. I’ve found that spreading the oregano oil on the child’s feet works just as well as taking it orally.  Women who are expecting should not take oregano oil and they should also limit their use of garlic cloves to one clove a day.

These natural remedies will help to knock that cold or flu out of your system. It is important that you also get the proper rest at all times so that your body can regenerate strength without getting rundown. If you happen to be suffering from the symptoms of a cold or flu, proper rest is important to permit the body to recuperate from the illness. Drinking lots of water will also help to flush the toxins out of your body.

Making sure that your body receives the important nutrients that it needs will also help it to resist disease and bacteria. Having enough of vitamins C & D in your body will also aid the body in resisting colds and the flu. 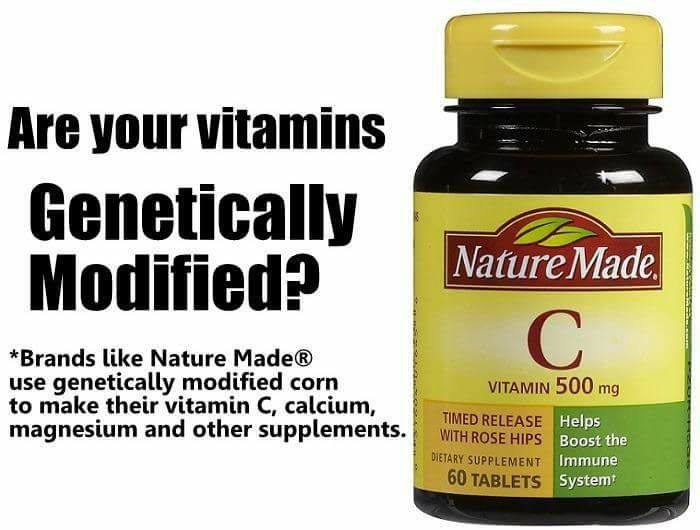 Could your vitamins cause cancer? Did you know most grocery store vitamins are synthetic, not to mention made with GMO ingredients? Most V-C and fish oil in grocery stores are make with GMO corn. Look at the ingredient label. If there are no food listed as ingredients, chances are it is chemical and bad for your health.

Wholefood organic multivitamins have the ability to heal your body. We carry a full line of organic wholefood supplements. Can’t decide which ones are best for you? Stop in, we will be happy to suggest something just for you. Best of health to you and your family in 2018 and beyond!

For the highest quality supplements at a great price visit Rebekahs Health and Nutrition Source
Rebekahspureliving.com 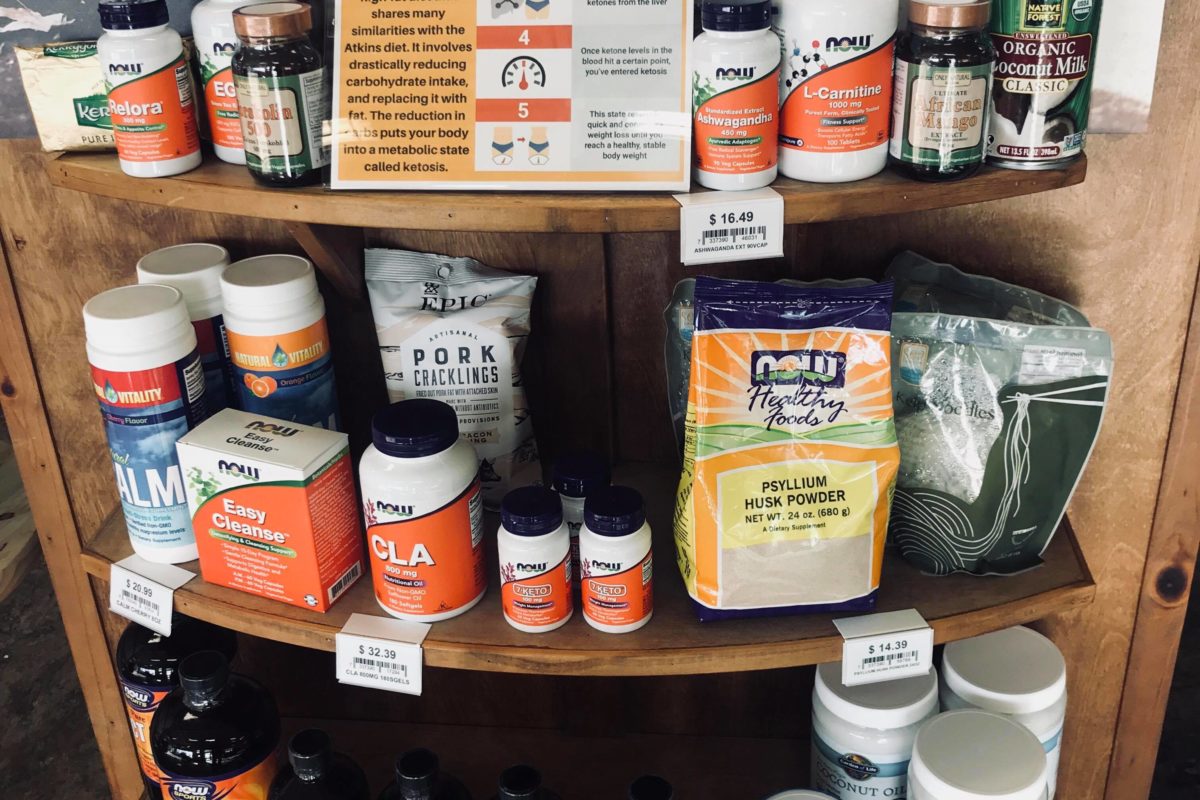 The “keto” in a ketogenic diet comes from the fact that it makes the body produce small fuel molecules called “ketones”.

This is an alternative fuel for the body, used when blood sugar (glucose) is in short supply. Ketones are produced if you eat very few carbs (that are quickly broken down into blood sugar) and only moderate amounts of protein (excess protein can also be converted to blood sugar).

Ketones are produced in the liver, from fat. They are then used as fuel throughout the body, including the brain. The brain is a hungry organ that consumes lots of energy every day, and it can’t run on fat directly. It can only run on glucose… or ketones.

On a ketogenic diet, your entire body switches its fuel supply to run almost entirely on fat. Insulin levels become very low, and fat burning increases dramatically. It becomes easy to access your fat stores to burn them off. This is obviously great if you’re trying to lose weight, but there are also other less obvious benefits, such as less hunger and a steady supply of energy.

When the body produces ketones, it’s said to be in ketosis. The fastest way to get there is by fasting – not eating anything – but nobody can fast forever.

A keto diet, on the other hand, can be eaten indefinitely and also results in ketosis. It has many of the benefits of fasting – including weight loss – without having to fast.

Click Here for a what to eat/not to eat guide for your Ketogenic Diet!

I’m back with more things that you may or may not know! Since the last post I did, I’ve learned a lot and hopefully you can benefit from that this time around!

We’ve been selling a lot of Manuka Honey lately, which is cool, because I had no idea what it did until like, last week. Manuka Honey is harvested in New Zealand, and prevents damage from bacteria when used topically. Apparently the honey produces Hydrogen Peroxide, and that’s partially why it’s so effective at treating small topical wounds and burns.

Another fun thing I’ve learned about is Arnica, more specifically, how crazy good it is at healing bruises. Now, I don’t bruise very easily, (I’m like the opposite of a banana. I never bruise, probably not rich in potassium either.) so this never really comes up for me. I’ve had a few customers in the past few weeks though, wanting to get some bruising cleared up, and after recommending Arnica in its various forms and having some of them stop back in, I can’t believe how effective it is.

A lot of other customers also swear by Arnica as a topical pain relief, especially for sore muscles. I haven’t tried it yet, but LB says it’s pretty effective, and it seems to be pretty popular with people that have tried it.

Serotonin is a chemical produced by our brains that keeps our moods balanced. If you feel like you need your mood balanced, you can help your brain produce Serotonin with 5-htp and L-tryptophan, they’re the ingredients brains use when making serotonin, and we sell both of them in capsules in the store! They’re both pretty popular, and from what I can tell, they seem to be effective.

Alpha-Lipoic Acid is really popular, after Turmeric it’s probably one of the most popular products we carry. It helps with nerve problems from diabetes, as well as helping to regulate blood sugar levels. It improved the functional ability of neurons, as well as restoring Vitamin E and Vitamin C to the body/
It’s also used by the body to break down carbohydrates, which makes at effective as a weight loss supplement. I have no idea which use is more popular, but we sure do sell a lot of it.

We got tiny little stroop waffles in. As far as I know they don’t really provide much in the way of health benefits, but they’ve got honey in them and they’re delicious. If I have a cup of hot tea, I set the waffle on top of the cup, and the hot tea warms up the waffle, and it’s great. I recommend trying them if you get a chance. I won’t shut up about them to the other people that work here.

That seems like plenty for now, if you’ve read this one and the last one of these I did, you can be confident that I know at least 10 things whenever you stop in.

Hiya. I’m Cody, and I’m the newest employee at Rebekah’s, if you’ve been to the Lapeer store in the past couple months then I’ve probably been the one to ring up your order. In addition to being the cashier though, I’m also partially in charge of our Social Media presence, and some of the content on our website. (Like blog posts, go figure.) Anyway, I know oodles less than any of our other employees when it comes to Health and Nutrition. However, since I’ve started working here, I’ve had the opportunity to learn a lot about the things we sell, and the kind of help we offer.

So, I figured, instead of just reposting parts of articles on our blog every once in a while, I’d do a little write up from the point of view of the least knowledgeable person in the store, and what sort of things I’ve picked up recently from coworkers, or the many, many customers that come in with more knowledge than me.

Just a heads up, if this goes over well, and I do more of these, a lot of the content of these posts is going to be stuff I’ve picked up from conversations with LB. He knows just about everything about everything in the store, and talking to him is like talking to a friendly, man-shaped library.

I suppose that’s enough rambling for now, let’s get to some of things I’ve learned since I’ve started; so that maybe you can learn something too, or at the very least, marvel at how little I know!

So for starters, Turmeric. Turmeric is probably one of our most popular products. A lot of our customers take it because it helps with inflammation, and especially joint pain from Arthritis. Craig, (one of the managers here) made the point recently that nobody has ever said anything to us about having tried Turmeric and had it not work, and he’s right. Pretty much everyone that takes it seems to have it work, and just about everyone that works here takes it and swears by it as well.

Speaking of inflammation, our Baltic Amber Necklaces are pretty interesting. Most people buy them to help with teething babies, but we sell a lot of our adult sized bracelets and necklaces as well. Our body heat causes the necklaces to release an oil that contains succinic acid, when this is absorbed by the body it has an anti-inflammatory affect on say, swollen, teething baby gums, or arthritic joints. Or joints that just hurt for other reasons, I’m not here to discriminate. On top of all that, the necklaces look pretty neat.

Fish Oil’s another one I’ve learned a lot about. It’s good for preventing heart disease and strokes, and it reduces the effects of depression, which is mind blowing to me. We’ve got a brand called “Barlean’s” that is supposed to actually taste really good if you’re apprehensive about taking a spoonful of Fish Oil and having it taste like, well, Fish Oil. LB described it as having an almost “ice cream”-ey flavor recently.

Our Himalayan Salt lamps are something I get asked about constantly, If you’re curious, they’re supposed to release a negative Ionic Charge, which is supposed to cause dust to settle and purify the air. The warm, amber color of the light they give off is supposed to combat the blue light given off by computers and cell phones, which in turn is supposed to help you sleep. I can’t speak for how well they work because I don’t have any, but we have some shaped like turtles and elephants, and they look pretty cool.

Also, for some reason older guys really like to come in and ask if they can lick the lamps. Yes, they are made of salt, but please don’t like our lamps. If you want to buy a lamp and lick it, go for it. Just don’t lick ours.

Aloe Vera juice/gel is popular as a daily supplement, and is good for helping Diabetics to lower their blood sugar, and to help lower cholesterol. This is, of course, in addition to the well-known topical uses of Aloe Vera gel in treating minor burns and psoriasis.

That’s probably enough for right now, hopefully I get the chance to write another one of these with less rambling and more introductory Health and Nutrition Knowledge.

By the way, if you do want to come in and talk to me about things I do know, it’s chocolate. I’ve tried a lot of the chocolate we sell, and it’s all good.